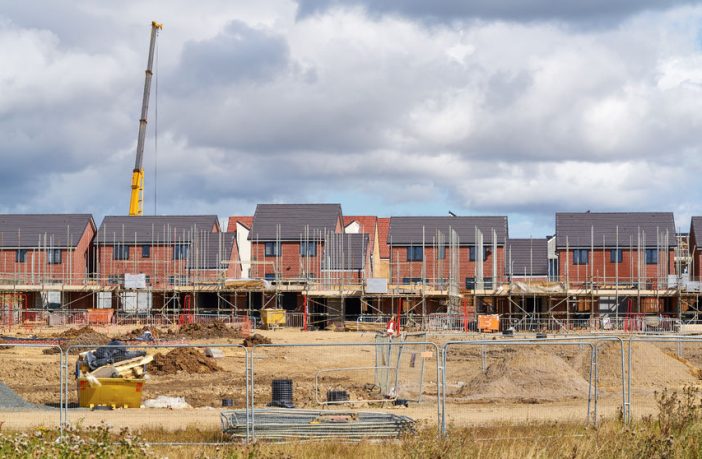 Nationally, the number of new homes created in 2018 was 222,194, the highest since 1989. Since 2002, the average number of properties built in the UK has only been 146,700 per year. You would think, seeing all the new homes sites around, you could ask are we building too many houses, especially off the back of those impressive 2018 build figures? However, to keep up with the ever-growing population, lifestyles and people living longer, official reports state the country actually needs 240,000 new homes built every year just to stand still.

It is estimated, by the Chartered Institute of Housing, that the current national backlog of new homes required is in the order of 4.7 million (i.e. because of the bottled-up household formation by younger adults living with parents, shared housing and unaffordability). As a country, we cannot meet all these needs immediately and it will take time to build up an effective plan to address these issues.

Looking closer to home, you will also see from the graph below the long-term trend of new homes building (the yellow dotted line) has been going in a downward direction. Although, the 2018 new homes build stats for Halton are 20.3% above the post-millennium average. 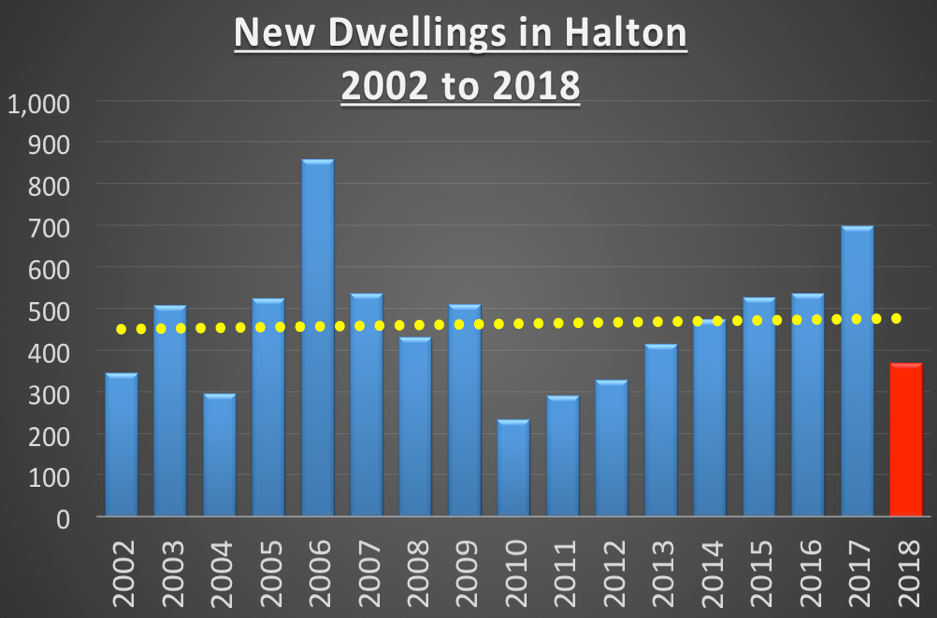 But, we still need more homes; yet who is going to build (and pay) for them? Some Runcorn people will say why can’t the local authority build most of them?

In 2018, 369 new dwellings were created in the Halton Council area and of those 369; interestingly 279 were council and housing association homes

So, if our local authority had a more ambitious annual target of say an additional 500 homes on top of those figures, where could they be built and how would they be paid for? Of course, there are the normal apprehensions about infrastructure issues such as roads, schools, hospital capacity and doctors’ surgeries but our local authority has a local plan and that has the locations of where they envisage the new housing will be built (and the infrastructure that goes with it).

The Tories lifted the cap on what local authorities could borrow to build council houses in late 2018 meaning councils could borrow more money to build more council houses. Let's say we built those 500 homes a year for the next five years in Halton, that would cost the local authority £375 million to build, which would produce in total £17.4 million in rent. At current interest rates, the interest would be £9.5m per year leaving a surplus of £7.9m for property maintenance and management – meaning the council houses pay for themselves!

Therefore, what does all this mean for Runcorn homeowners and Runcorn buy-to-let landlords?

Well, the chances of our local authority getting the full funding for an extra 500 homes a year is slim as there is only so much money to borrow. If every UK local authority got funding for 500 additional homes a year for the next five years, an impressive 867,500 homes would be built in those five years but that would require the councils to borrow £130.1bn – and central government doesn’t have that kind of money for councils to borrow (more like £10bn to £15bn).

The 4.7million long-term housing shortage means house prices will remain strong in the long term (despite blips like Brexit etc). Demand for private rental properties will continue to grow and if you read my recent article on Runcorn rents, this can only be good news for Runcorn landlords. This attention on the housing crisis by the government is good news for all Runcorn homeowners and Runcorn buy to let landlords, as it will encourage more fluidity in the market in the longer term, sharing the wealth and benefits of homeownership for all. However, in the short term, demand still outstrips supply for homes and that will mean continued upward pressures on rents for tenants and stability on house prices.