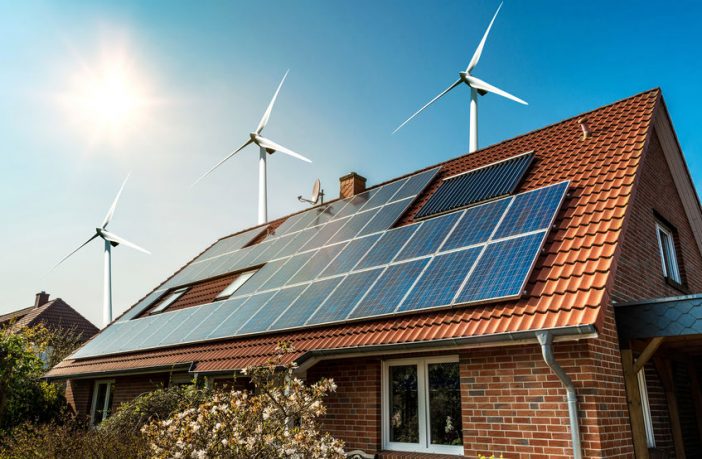 Improving the energy efficiency of Britain’s 27.2 million homes, which are responsible for more than a quarter of the country’s CO2 and other greenhouse gas emissions, is seen as key to tackling the issues of climate change, fuel poverty and our country’s energy security. This is particularly important as in June the government announced they were going to make the country carbon neutral by 2050, meaning Britain’s homes need some enormous retrofitting to meet these ambitious climate targets.

Researchers at Nottingham Trent University said it would cost on average £17,000 per property to retrofit an average UK home to make it carbon neutralwith renewable energy and insulation (if done en masse and not piecemeal).

That would cost the country £462.4bn (interesting when the NHS costs £154bn per year). Now, of course, 22.7m homes are privately owned so that would be the responsibility of the owners, but if we look at publicly-owned council housing, that would cost the government in excess of £76.5bn – HS2 is ‘only’ £56bn!

The benefits of making homes carbon neutral go further than saving the planet, as occupants would have much lower gas and electric bills (which total £31.824bn per year), warmer households and a much-lower strain on the NHS, which currently spends about £848m a year treating conditions that arise from cold housing. Also, local authorities would have to spend a lot less than the £5.2bn a year for ongoing property maintenance by the installation of extra insulation and renewable energy such as ground source heating, wind or solar panels.

To improve efficiency ratings, last year the government banned landlords from renting property with an energy performance rating of F and G (the lowest ratings). I don’t think there is an appetite to force private homeowners to do this work (although you never know in the future). Homeowners would be unenthusiastic to take on the hassle and cost of such building works, yet the government could offer incentives and grants, which along with the funds saved on their energy bills, could make the plan more appealing.

So, what about eco-credentials of the properties of Runcorn homeowners and landlords?

Every home that has been built, rented out, or put onto the market in Runcorn since 2007 has had to have an Energy Performance Certificate (EPC), giving it a rating between A and G (rather like those stickers you see on fridges and washing machines). A is the highest rating (i.e., most efficient and greener) and G is the worst energy performance rating. So, looking at Runcorn first, then comparing us to the rest of the UK, this is the result… 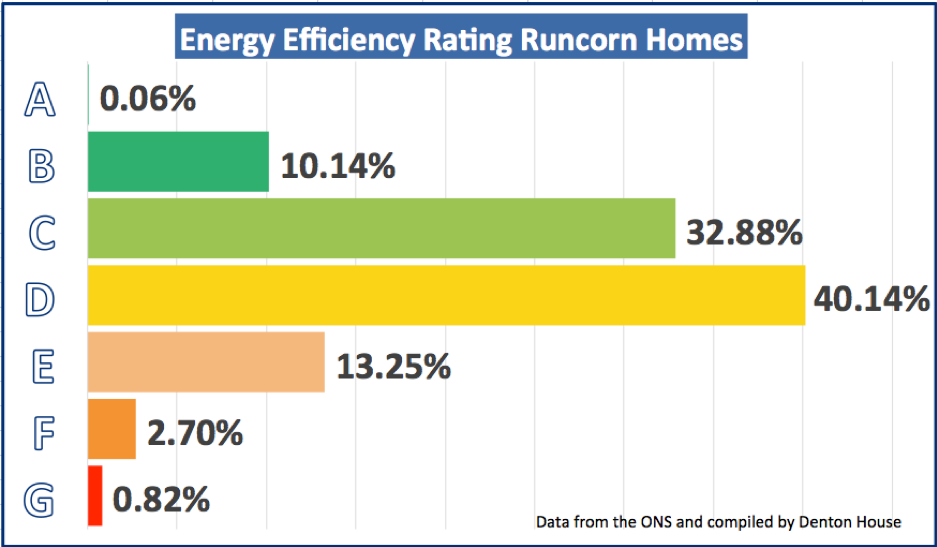 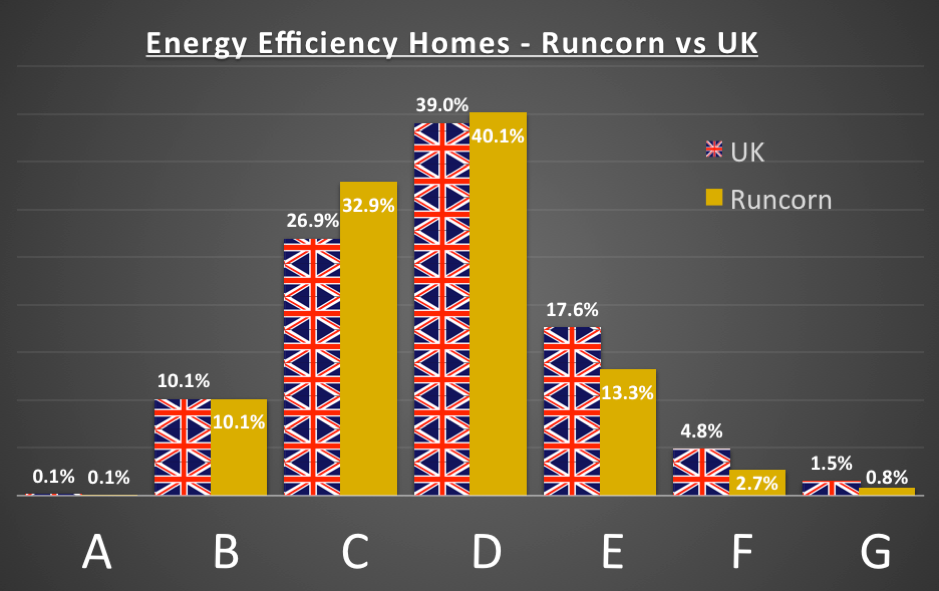 43.1% of Runcorn homes are in that eco-friendly A to C energy performance banding ratings, which is proportionally 16.11% higher than the national average.

So, what next? The government will endeavour to make the green revolution as painless as possible with technological developments like LED light bulbs, for example, saving greenhouse gases without people noticing. In the future we might have hydrogen central heating instead of mains gas, solar panels for electricity, triple glazed windows and even ground-sourced heating – sounds pie-in-the-sky? Well, who would have thought some of the most wanted cars would be electric and hybrid ten years ago, built by the likes of Tesla?

There is no doubt that the energy efficiency of a property will rise in the coming years as the cost of fuel and people’s opinion on going green changes. You don’t need to spend £17,000 to find out what you can do to make your property greener. Look at your EPC, and it will tell you what small changes you can make to improve your Runcorn home’s energy efficiency rating and ultimately save yourself money.

If you want to find your EPC rating of your Runcorn home, go to www.epcregsiter.com.