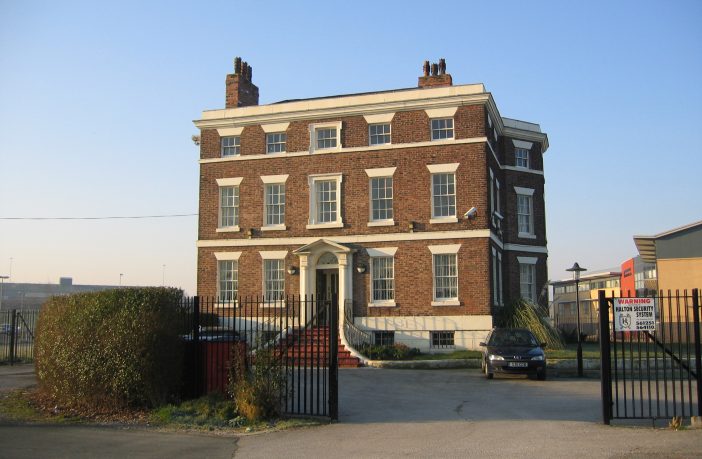 Living in our own homes or owning buy to let property in Runcorn and the surrounding areas, it’s often easy to ignore the regional and national picture when it comes to property. As a homeowner or landlord in Runcorn, consideration must be given to these markets, as directly and indirectly, they do have a bearing on us in Runcorn.

Locally, the value of property in Runcorn and the number of people moving remain largely steady overall, although looking across at the different regions, there are certainly regional variations. Talking to fellow property professionals in the posh upmarket central London areas of Mayfair and Kensington, the number of people looking to buy and registering interest with agents is continuing to climb after 18 months in the doldrums, while in other parts of the UK, there is restraint amongst both buyers and sellers in some locations.

The things that affect the national property market are the big economic numbers. Nationally, over the last few months, thankfully, the economic forecast and predictions have improved, notwithstanding the Brexit uncertainties. Inflation has mercifully throttled back its high growth seen in 2016 to the current level of 2.1% (from 2.7% average last year), coupled with marginally stronger wage growth at 2.5%. Unemployment is at a 42-year low at 4.2%, and UK consumer spending power rose to an all-time high last month to £331.04bn – all positives for consumer sentiment.

Look further afield, a resilient property market depends on the UK’s economic health with the outside world, so if Sterling weakens, that makes imports more expensive, meaning inflation increases, and this matter I talked about a few weeks ago in my blog article … interest rates could be raised to bring inflation under control, which in turn could seriously affect the property market. On the assumption Brexit negotiations are successful, economic growth should continue to be upward and positive, meaning confidence would be increased which is the vital element to a good housing market.

I found it interesting to see the ups and downs of the Runcorn, North West and National markets in this graph. How the lines of charts roughly go in the same direction, with Runcorn following the regional trend more closely than the national trend (as one would expect), how the 2007/08 property crash timings and effects were slightly different between the three lines and finally how the property markets performed in the post-crash years of 2011 to 2014… fascinating! 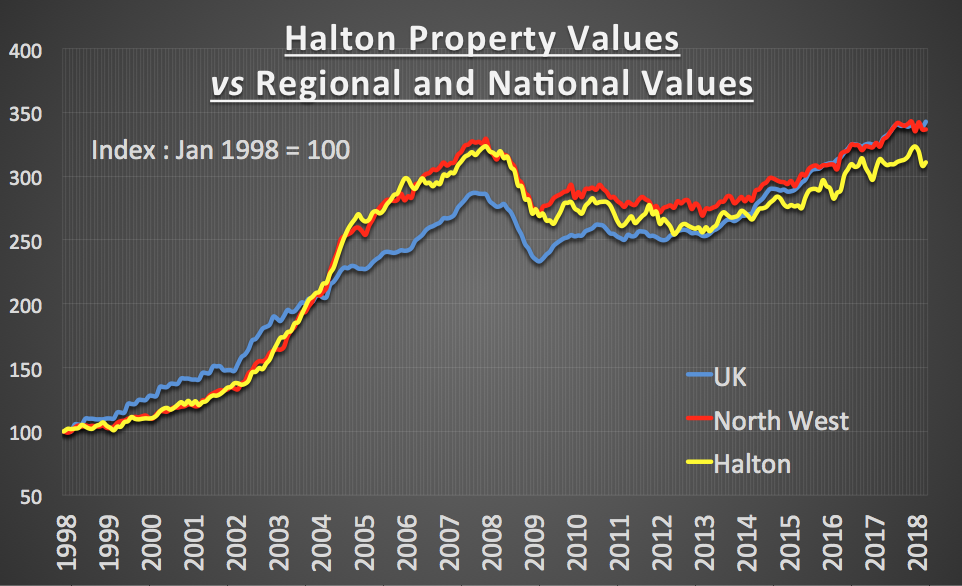 So, what does this all mean for Runcorn homeowners and Runcorn landlords?

Well, house prices going up or down are only an issue when you sell or buy. In the last 12 months, only 1,076,288 (let’s call it’s a straight million between friends!) properties changed hands out of 27.2 million households in the UK in 2017, meaning only 3.7% would have been affected if property values had dropped in the last year.

If the UK population had had only grown by the same percentage as the percentage growth in UK households in the last decade, there would be 1,000,000 fewer people living in the UK today

The final thought for this article is this, apart from central London, over the last 20 years it hasn’t mattered what part of the UK you were in with regards to the property market. Be you a landlord or homeowner, property is a long game, so look long term and you will win because until they start to build more homes, from the current levels of 180,000 new homes built per year to at least 250,000 households constructed per year, demand will, over the long term, outstrip supply for owning and renting!