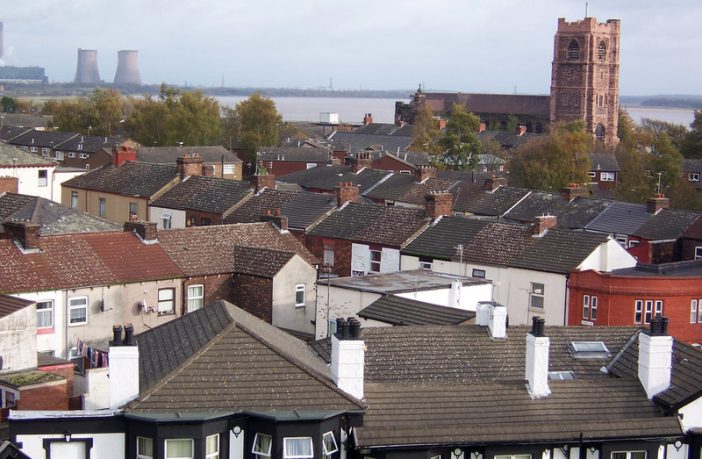 A handful of Runcorn landlords and homeowners have been asking me what would happen if we had another property crash as we did in 2008/9?

On the run-up to the Parliamentary vote on Brexit scheduled for March, a number of people asked what a no-deal Brexit would do to the property market and if there would be a crash as a result. I have discussed in a previous article on the chances of that (slim but always a possibility), but assuming it happens, it is my opinion the outcome of a no-deal Brexit would be no worse than the country’s 2008/9 credit crunch property crash, the late 1988 property crash, the 1974 property crash, 1951 property crash… I could go on. The British economy would bounce back from the shock of a no-deal Brexit with lower property values and a continued low-interest rate environment (together with an additional round of quantitative easing) and that would mean we would see a similar bounce back as savvy buyers discover a fantastic buying opportunity.

So, let me explain the reasons I believe this.

Many said after the Brexit vote in June 2016, we were due a property crash - but we all know what happened afterwards.

Initially, let’s see what would happen if we did have a crash, how quickly it would bounce back and then finally discuss how the chances of a crash are actually quite minimal.

To start, I have initially split down the types of property in Runcorn (Det/Semi etc.) and in the red column put the average value of that Runcorn property type in 2009. Next in the orange column what those average values are today in 2019.

Now, assuming we had a property crash as we did in 2008, when average property values dropped nationally by 18.37%, I applied a similar drop to the current 2019 Runcorn figures (i.e.the green column) to see what would happen to property values by the middle 2020 (because the last crash only took 13/14 months).

Finally, what would subsequently happen to those same property prices if we had a repeat of the 2009 to 2014 property market bounce-back. 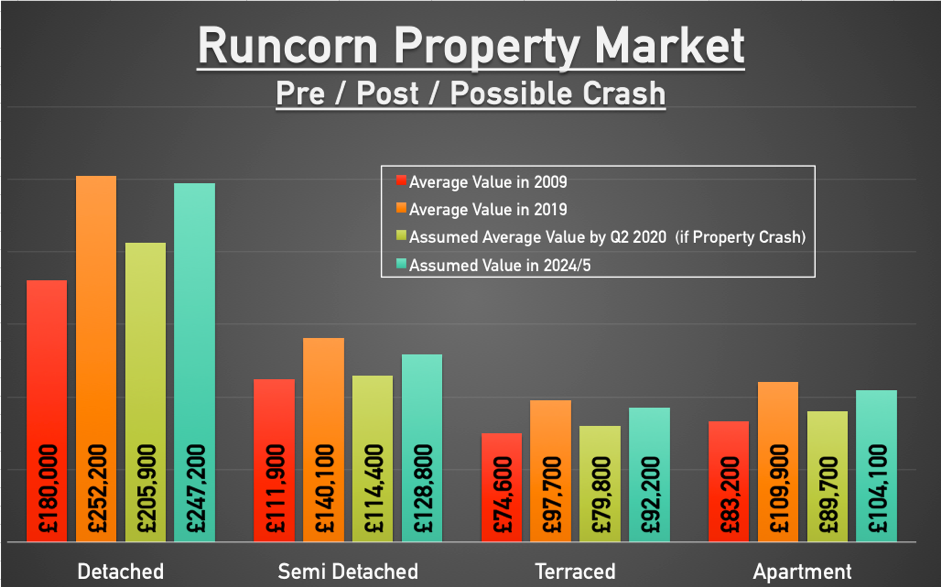 Of course, these are all assumptions, and we can't factor in such things as China going pop on all its debt. Either way, the chance of such a crash coming from internal UK factors are much slimmer than in another of the four property crashes we have experienced in the last 80 years. Why you might ask?

The seven reasons I believe are these:

One final thought for the homeowners of Runcorn. Most people when they move home, move up market, meaning in a decreasing market you will actually be the winner, as a 10% drop on yours would be much smaller in £notes than a 10% drop on a bigger property. Something to think about!

One final thought for the new and existing buy to let landlords of Runcorn. Well, the questions I seem to be asked on an almost daily basis by landlords are:

Many other Runcorn landlords, who are with us and many who are with other Runcorn letting agents, all like to pop in for a coffee, pick up the phone or email usto discuss the Runcorn property market, how Runcorn compares with its closest rivals (Widnes, Frodsham and Warrington), and hopefully answer the three questions above. I don't bite; I don't do a hard sell. I will just give you my honest and straight-talking opinion. I look forward to hearing from you.